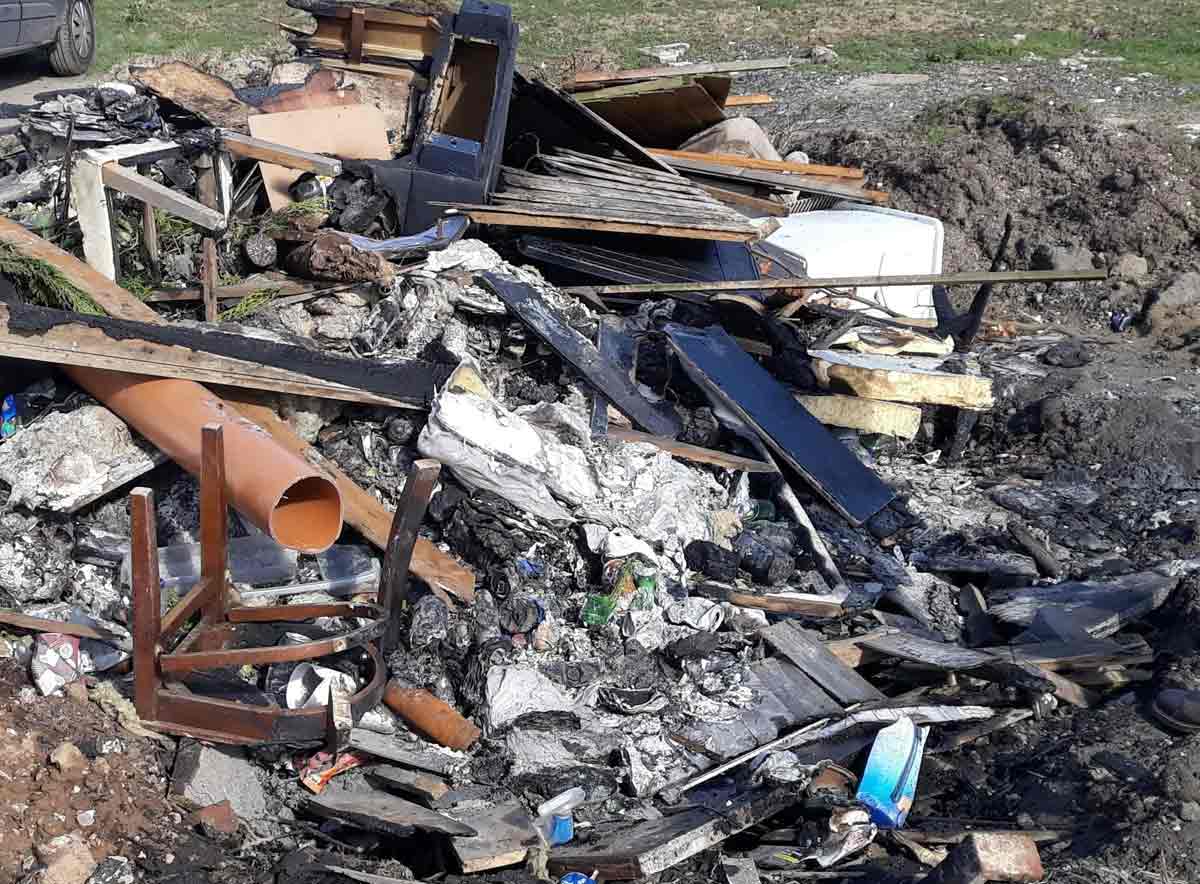 An Ashford landowner who ignored repeated warnings to stop allowing waste to be brought onto his land and burnt has been sentenced to 26 weeks in prison, suspended for 18 months, with a warning that further offending within this time is likely to lead to imprisonment.

Unemployed Michael William Latter of Blind Lane, Mersham was ordered to pay £650 towards Ashford Borough Council’s costs plus a victim surcharge of £128 when he appeared before Folkestone Magistrates Court yesterday (23 May).

Latter had been found guilty of a series of offences at Margate Magistrates Court on 4 March. At that hearing he was convicted of five offences relating to waste being imported onto land adjoining his property, the illegal burning of waste in manner likely to cause pollution of the environment, and one count of failing to comply with a legal notice requiring he declare interests in the land.

The Margate court heard that the problem came to the attention of Ashford Borough Council’s Environmental Protection team in early 2020. Repeated efforts were made to dissuade Latter from continuing to use the premises for the illegal treatment of waste.

Eventually legal action was taken in specific response to incidents between May and July 2021.

The court was told that the waste was a mixture of demolition and building materials, household waste, plastics and furniture. Typically transit van-sized loads were bought in and burnt on a regular basis on the land.

Having pleaded not guilty to all the offences, the case went to trial at Margate Magistrates Court. Despite entering not guilty pleas to all charges, Latter proceeded to admit, under oath, that he had not complied with the council’s notice, and that he had allowed the importation and burning of waste on his property. The court adjourned sentencing to allow a pre-sentence report to be prepared.

Cllr Peter Feacey, the council’s Portfolio Holder for Community Safety and Wellbeing, said: “This sentence sends out a clear message that the Council will not tolerate such forms of illegal waste operation.

“This illegal activity not only causes pollution of the environment and annoyance to neighbours, but undermines those business that operate legitimately by avoiding the costs associated with lawful disposal and recycling, including tax avoidance.”