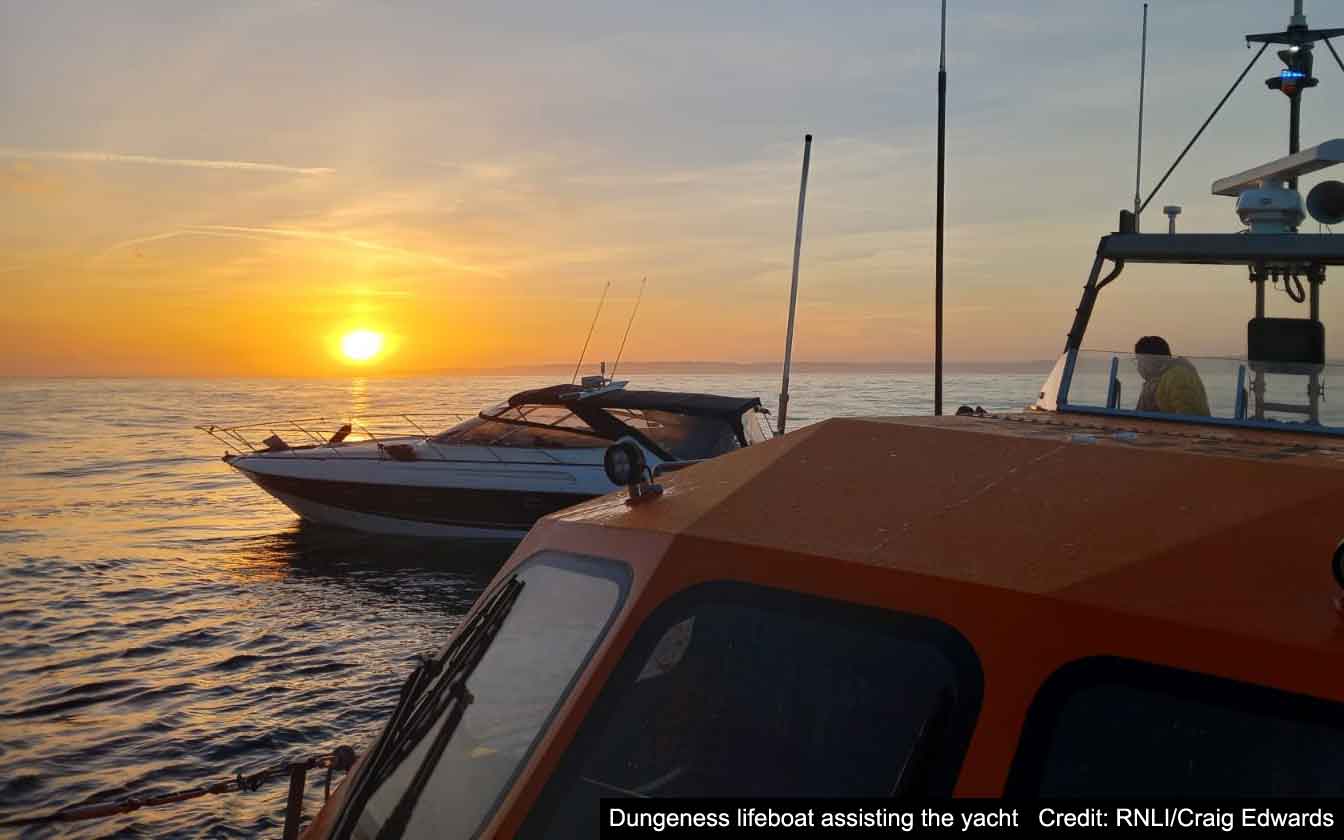 On Friday 27 May at 5.20pm, the volunteer crew of Dungeness lifeboat were called to assist two people on a yacht, with engine failure, and at risk of running aground south of Dungeness point.

The Shannon-class lifeboat and her seven volunteer crew launched in approximately 15 minutes and arrived on scene.

A crewman was quickly put aboard the craft and it was established that the engine had stopped working due to a fuel bug. Due to the proximity of the shoreline and the yacht’s lack of power, it was decided that the lifeboat needed to tow the casualty to the nearest safe haven for repairs – Dover Marina.

A tow line was set up and the lifeboat began to tow the yacht to Dover.

Around 4 miles south-west of Hythe, it was noticed that the casualty vessel was taking on water. The tow was stopped and another RNLI crewman was placed onboard the yacht to help assess the situation.

After checks it was clear that the yacht’s pumps were coping with the water ingress and the tow to Dover was resumed.

Once safely alongside in the marina, the yacht and her two crew were left to arrange repairs for their vessel and the lifeboat returned to Dungeness.

Coxswain, Stuart Adams, said: ‘The crew on the yacht did the right thing today in hailing the coastguard for assistance. They were not far from shore and with no power, they could have found themselves running aground. It shows the importance of having at least one means of communication when at sea, so that you can call for help if the unexpected happens.’