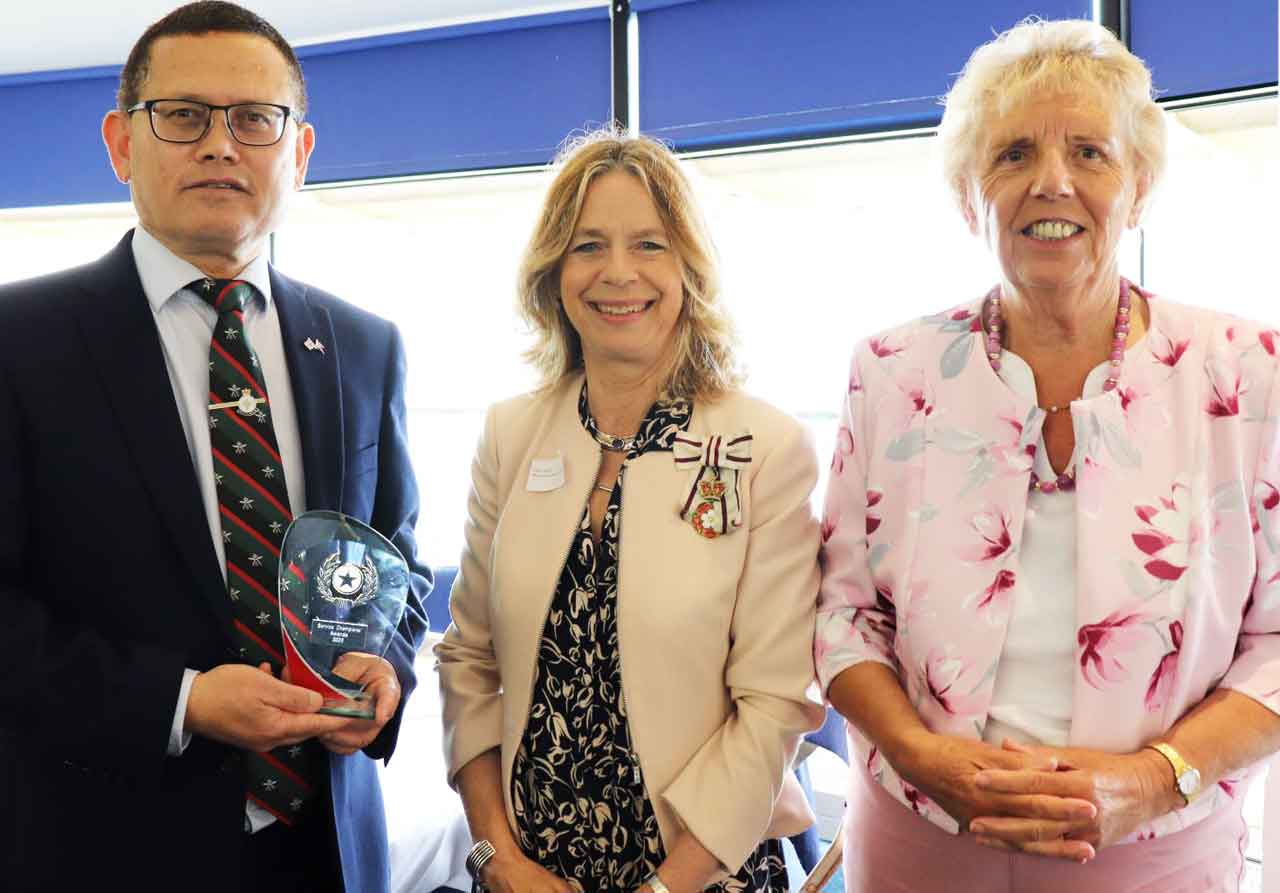 The needs of the armed forces community were top of the agenda at an event in Folkestone on Tuesday.

It was attended by more than 150 people, including serving and former personnel from all the services, public sector and other organisations, including service charities.

The theme of the day, organised by the Kent & Medway Civilian Partnership Board, was promoting a greater understanding and awareness of the needs of the armed forces community. Service children, housing, homelessness, employment and service charities were all discussed. There was also an update on the new Armed Forces Act and what it means in practice.

Forty years on from the Falklands War, ex-Royal Marine Steve Schooling told of his life, aged just 17, on board SS Canberra. The relationship between church and military was explored by service chaplain The Rev Prebendary Mark Haldon-Jones, of St Peter’s Church, Folkestone.

Cllr Hollingsbee said: “After a COVID-enforced break of two years, it was a pleasure and a privilege to host the conference and to welcome so many people in person!

“We were all there with one aim: to support the armed forces community. I believe the breadth of the topics covered shows that this support continues to go from strength to strength.”