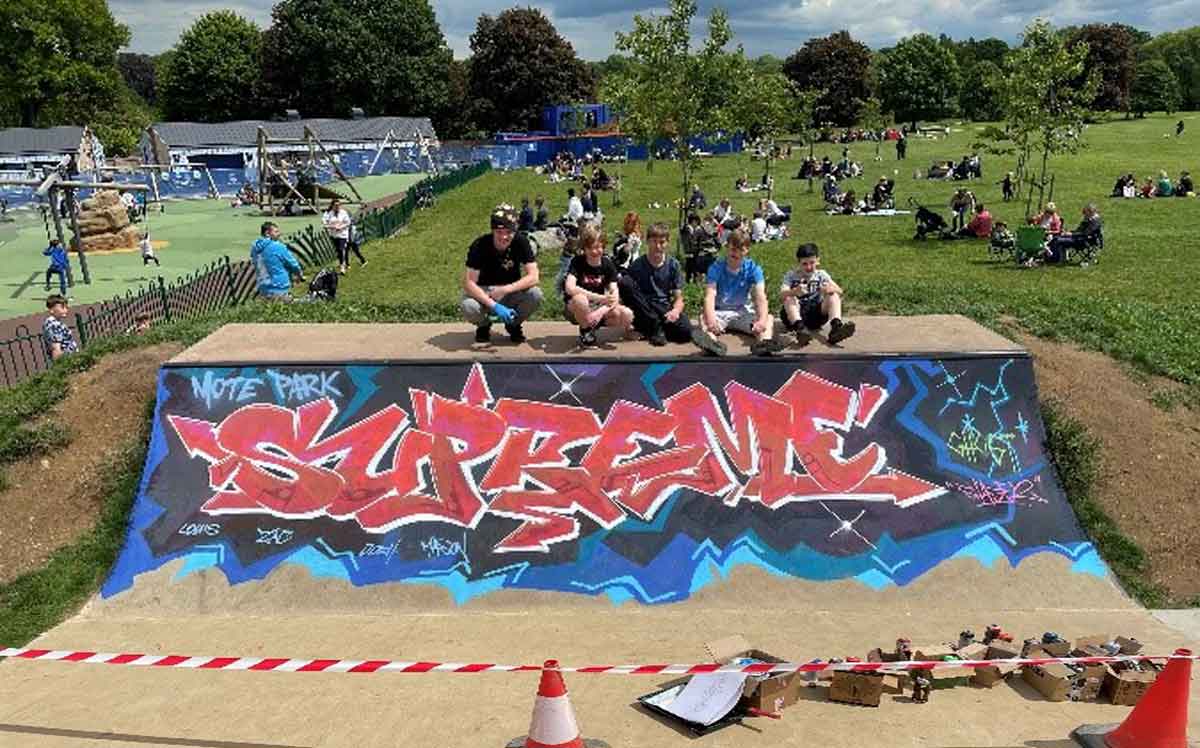 Maidstone Borough Council has worked with a group of young people to help bring the Junior Skate Park in Mote Park to life with some imaginative new street art.

A design workshop was held on 31 May where youngsters were taught some basic skills in street art writing and came up with various ideas for the artworks.

Award-winning street artist, Graham Upton, then worked up the designs ready to create them on the concrete the next day, Wednesday 1 June.

During the first of two sessions the children aged under 10 years old covered the lower walls before adding some funky characters.

As part of the second session for the over 10’s, the youngsters worked on one of the large ramps to create an impressive artwork: ‘Supreme’ which was suggested by Ben Rowlands.

A couple more artworks were added to the larger end walls of the second ramp to complete the makeover.

Cllr Claudine Russell, Lead Member for Leisure and Arts loves the new designs, she said: “This new street art is so colourful and really brings the junior skate park ramps to life. How wonderful to know the artwork they created will be there for many years to come and be enjoyed by thousands of young people who use the park now and into the future.

“Thanks to Graham for leading the workshops and applying all the finishing touches to create a professional finish.

“I would like to say a special thank you to all the young people who took part so enthusiastically and who can now enjoy showing off their handiwork to friends and family.”

Gillingham football fan fined and banned from grounds for 3 years