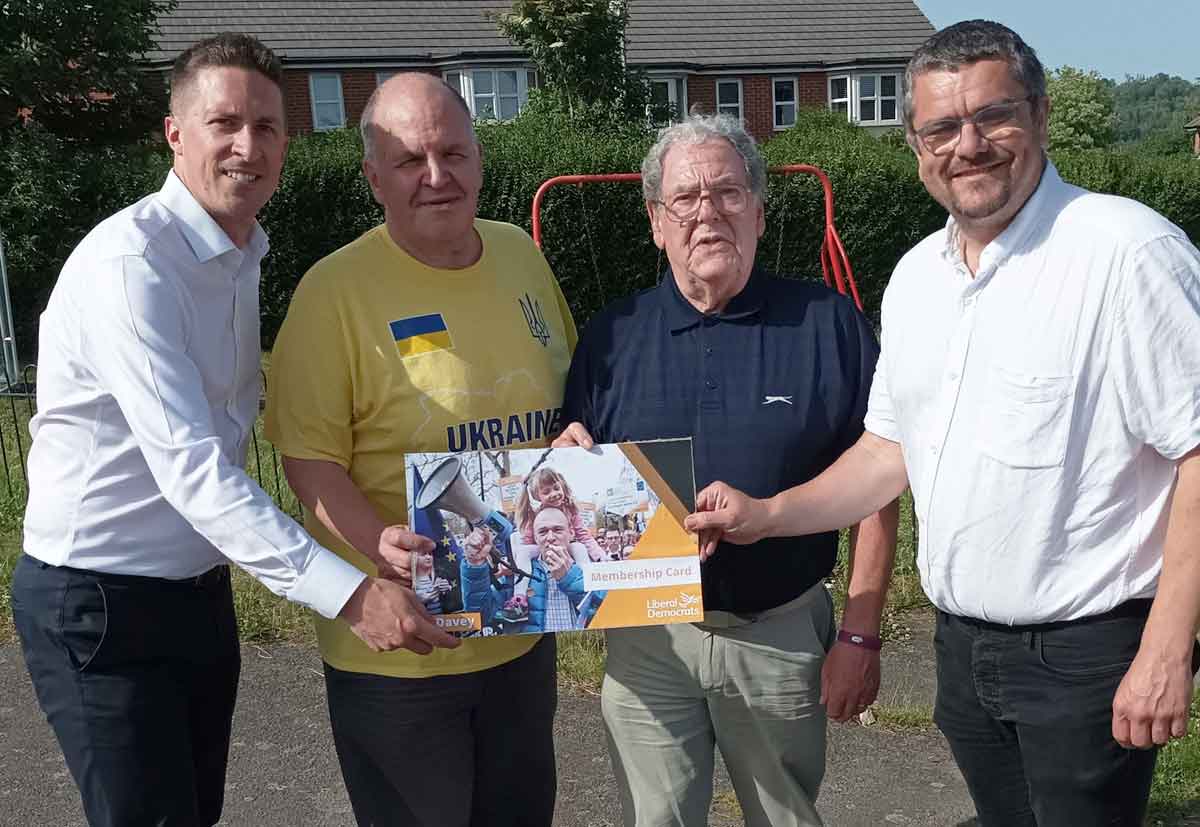 Two of Folkestone’s most experienced councillors have announced they are ditching the Conservatives and have joined the Liberal Democrats.

Peter Gane has been a Councillor for almost 35 years, and Mayor of Folkestone for 5 years. He will join the Liberal Democrat Group on Folkestone and Hythe District Council and Folkestone Town Council.

Folkestone and Hythe Liberal Democrats Chairman Adam Rowledge warmly welcomed the move. Adam said: “I’m delighted that two such experienced Councillors have joined the Liberal Democrats here in Folkestone and Hythe. Between them, Peter and Roger have around half a century serving as Councillors and seven years as Mayors of Folkestone: that’s pretty incredible.

“Locally, people are sick of David Monk’s Conservatives, and want to see change and a different approach.

“Nationally, people are sick of being lied to time and again by Boris Johnson’s Conservatives, and fed up of Damian Collins’ support for his lies.

“Change is coming, and it’s exciting to see.”

Tim Prater, Leader of the Liberal Democrat Group on Folkestone and Hythe District Council, said: “Over the past three years, Peter Gane has repeatedly, and bravely, voted against the Conservative, UKIP & Independent groups’ line on the District Council. He has voted against the development of Princes Parade and voted for a more inclusive committee system to run the Council.

“Peter’s reward for sticking up for his principles, and speaking up for the best interests of Cheriton residents, was to be deselected by the Conservative Party from his district Cheriton seat.

“The Liberal Democrats will always welcome strong local councillors prepared to work hard for their area and stand up for local residents.

“I’ve sat on Folkestone Town Council with both Peter and Roger. They are both hugely experienced, respected and well liked Councillors. They are not afraid to work with across Party lines, and are always determined to stand up for the residents they represent.

Peter Gane said: “It’s great to be working with a team again focused on the needs of local residents.”

Roger West added: “We’re going to work together to get the best results for Cheriton, Folkestone and our District. I’m delighted to have joined the Liberal Democrats.”