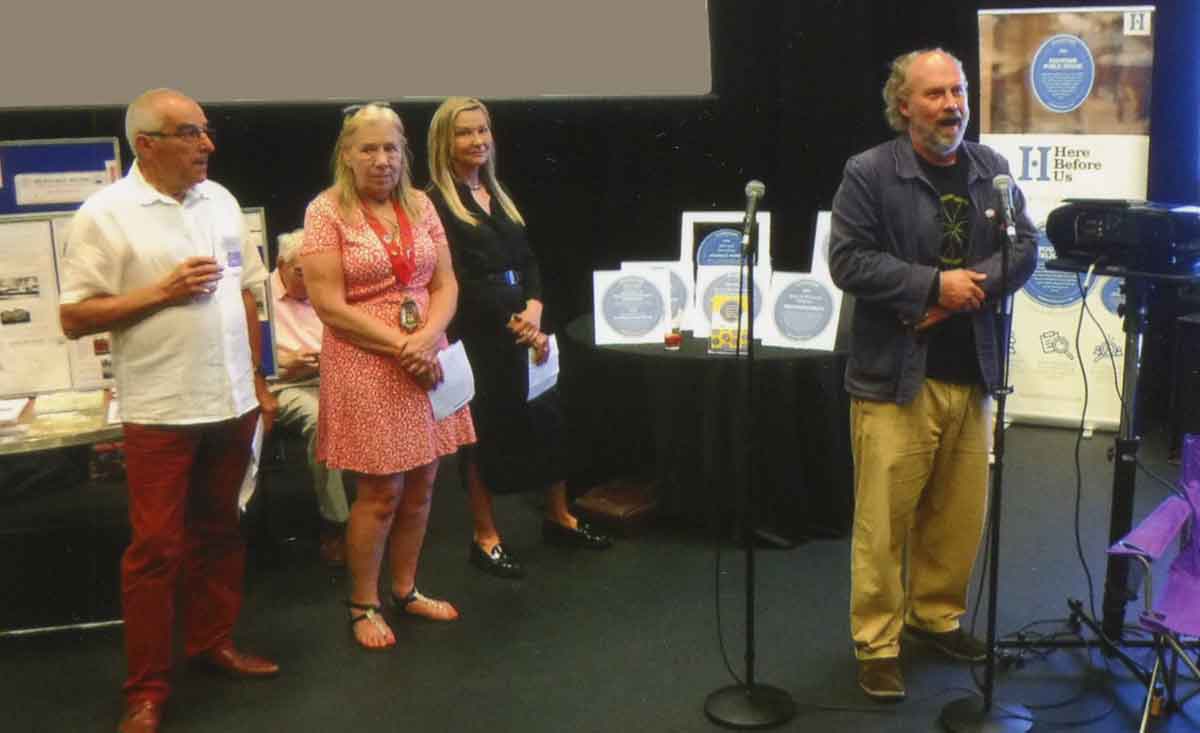 By Ray Duff… Numerous local groups and societies gathered at the Quarterhouse Theatre venue in Tontine Street on Saturday to launch the first ‘Civic Day’ event for the district.

It was organised by the New Folkestone Society in conjunction with Creative Folkestone with support from Folkestone & Hythe District Council.

The event was opened by Alistair Upton, from the Creative Folkestone group, which was founded twenty years ago. He mentioned that one of the purposes of the local arts group was to help facilitate such gatherings to both network information and engage with the public.

The Mayor of Folkestone Cllr Nicola Keen, followed by Roger Joyce of the Shepway HEART (Heritage umbrella group) Forum, also welcomed everyone to the event and hoped that it would grow every year, be a forum for debate, exchanges of ideas and project information, plus provide a window for more local groups to become involved as well as enabling the public to be made much more aware of just what is on offer across the District.

People were then invited to visit each of the stalls. Many of the groups gave  ‘Speakers Corner’ short talks about themselves, their events and services, and what they can offer to the public.  Local MP, Damian Collins, also attended and spoke to the stallholders in turn about their work.

During the event information was exchanged and contacts made which will be utilised to further the various group’s work and profiles. People attending were invited to join the groups which they had an interest in.

It is planned that the Civic Day will be held annually in mid June and those who may want to attend next year’s event are urged to contact the New Folkestone Society.