Police dog catches up with Maserati driver near Maidstone 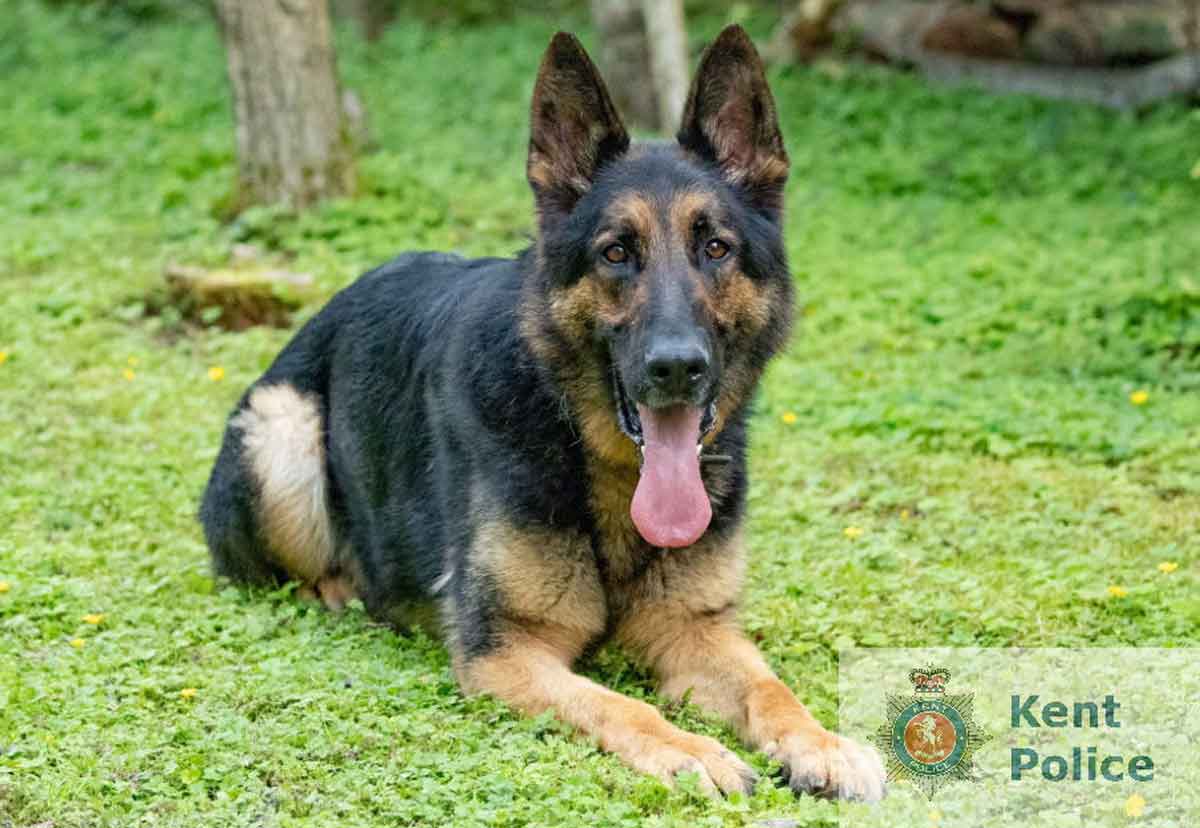 A police dog caught up with two suspected thieves in unrelated incidents within the same morning.

PD Eli used his nose to track down the first man after he had run away from a car parked near lorries in a layby off the A2 near Harbledown, at around 1.20am on Monday 20 June 2022.

Officers found a large bowser containing diesel in the vehicle, and so the 32-year-old was arrested on suspicion of theft. He has since been released on bail pending further enquiries.

PD Eli was in action again when at around 5.25am he found a man hiding in dense bushes who had earlier abandoned a car in the Leeds area of Maidstone.

The suspect, aged 34, is alleged to have driven a stolen Maserati at high speed before officers were able to stop it with the use of a stinger.

He was arrested on suspicion of theft, dangerous driving, failing to stop and driving whilst under the influence of drugs.

A passenger in the vehicle, also 34, was also arrested by officers on suspicion of theft.

As the vehicle was allegedly stolen from the Thames Valley area, both men were transferred into the custody of Thames Valley Police.

Chief Inspector Craig West said: ‘PD Eli and others like him are an invaluable asset to Kent Police and really are a part of the team. Their incredible sense of smell means that no matter how dark or dense a hiding place is, the person there will most likely be sniffed out in the end.’