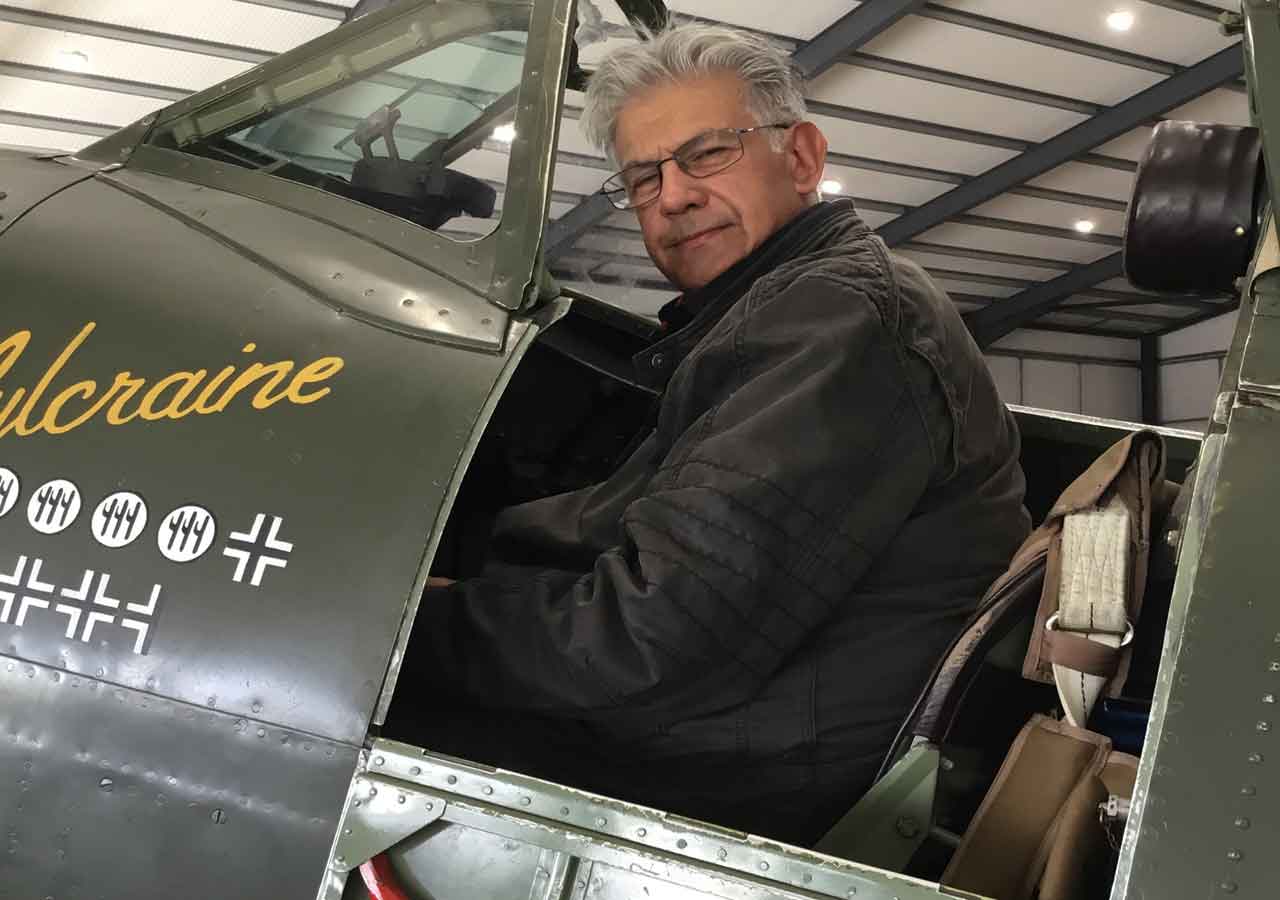 A nationwide search for untold stories about the Battle of Britain has been launched by renowned author and historian Dilip Sarkar MBE as he sets out to write the ultimate reference work about the event that changed history.

The author of more than 50 books, many about the Battle of Britain and the men who fought it, is planning a definitive, seven-volume history of the 1940 aerial conflict that saw the Royal Air Force deny Hitler’s invasion plans.

The work is being published by Pen & Sword in association with the Battle of Britain Memorial Trust, custodians of the National Memorial to the Few at Capel-le-Ferne in Kent, with the aim of including previously untold stories from around the country.

“The central story of the Battle of Britain, when fewer-than 3,000 aircrew stopped Hitler in his tracks in the summer of 1940, is relatively well known, but it goes much wider than just the bravery of the men who took to the skies to defeat the Luftwaffe,” Dilip explained.

“The aim of Battle of Britain: The People’s Project is to unearth all the other stories. Tales of groundcrew, of volunteers, of factory workers and family members who ‘did their bit’ on the ground while the fighters tackled the threat in the air. These are stories I want to tell as part of a comprehensive history of perhaps the most important battle fought by this country in the whole of the 20th century.”

Dilip was inspired in part by visiting the family of Squadron Leader Tom Gleave, a Hurricane pilot based at RAF Kenley with No 253 Squadron in 1940, while researching another new book.

“Although I clearly knew the Tom Gleave story, during my visit I was shown a wealth of unpublished material and photographs, which made me wonder what other material people have tucked away in attics and cupboards,” he explained.

“After, all, if such a huge amount of material relating to someone who was once as famous as Tom Gleave could stay undiscovered for many decades, then what else is out there? There must surely be many untold stories, particularly about less well-known aircrew, ground crew and civilians who found themselves caught up in this incredible story.

“I’m looking for anecdotes and family stories that highlight the bravery, the sacrifice and the determination shown by those who may not have flown a Spitfire or Hurricane but were an integral part of the Battle of Britain.”

Those with stories to tell or material that could be included in the ultimate Battle of Britain reference work should head to the Battle of Britain: The People’s Project website at http://battleofbritainpeoplesproject.com

“The headlines may have been written in 1940 at airfields like RAF Kenley, but the stories are still being told today. Please help make this work as comprehensive as it can be,” Dilip concluded.

For more information on the Battle of Britain Memorial Trust see http://www.battleofbritainmemorial.org