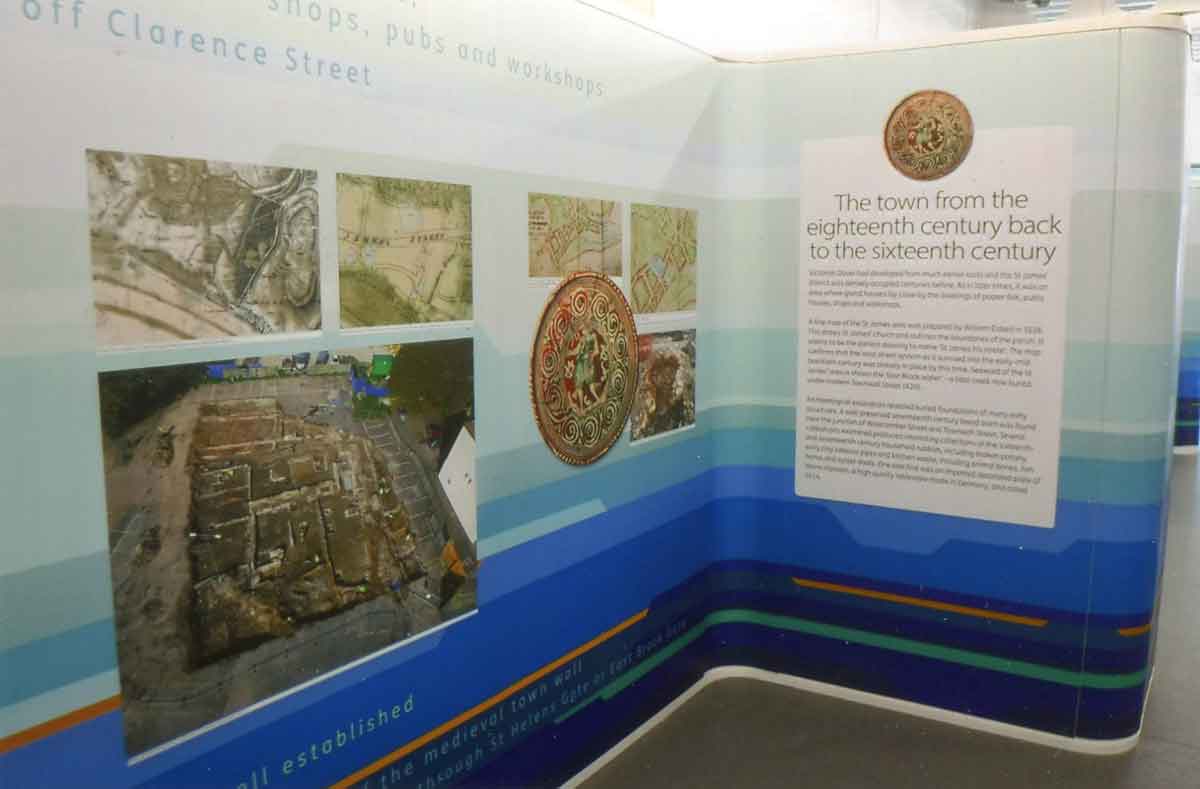 Words and pictures by Ray Duff :- A new exhibition about the recent wide-ranging archaeological excavations which were undertaken ahead of the re-development of the St James area in the centre of Dover from 2015-2017, and some previous ones in the general area, has opened in the retail park.

It featured a series of large and highly informative displays with many photographs, maps and historical documents relating to both the excavations and the history of this part of the town.

It starts with the discovery of the Bronze Age boat under nearby Townwall Street, which incidentally is marking its 30th anniversary this year having been found in 1992, and then follows the fascinating development and varied usages, buildings and occupations undertaken, of the St James area through the ages down until just before the demolition ahead of the new retail park.

There are a number of display cases in the exhibition featuring a selection of the finds made which include much animal bone, pottery, highly decorated plates, clay pipes, brick and tile.

In the Shadow of the Castle- Exhibition – St James Retail Park, Dover (next to Greggs)