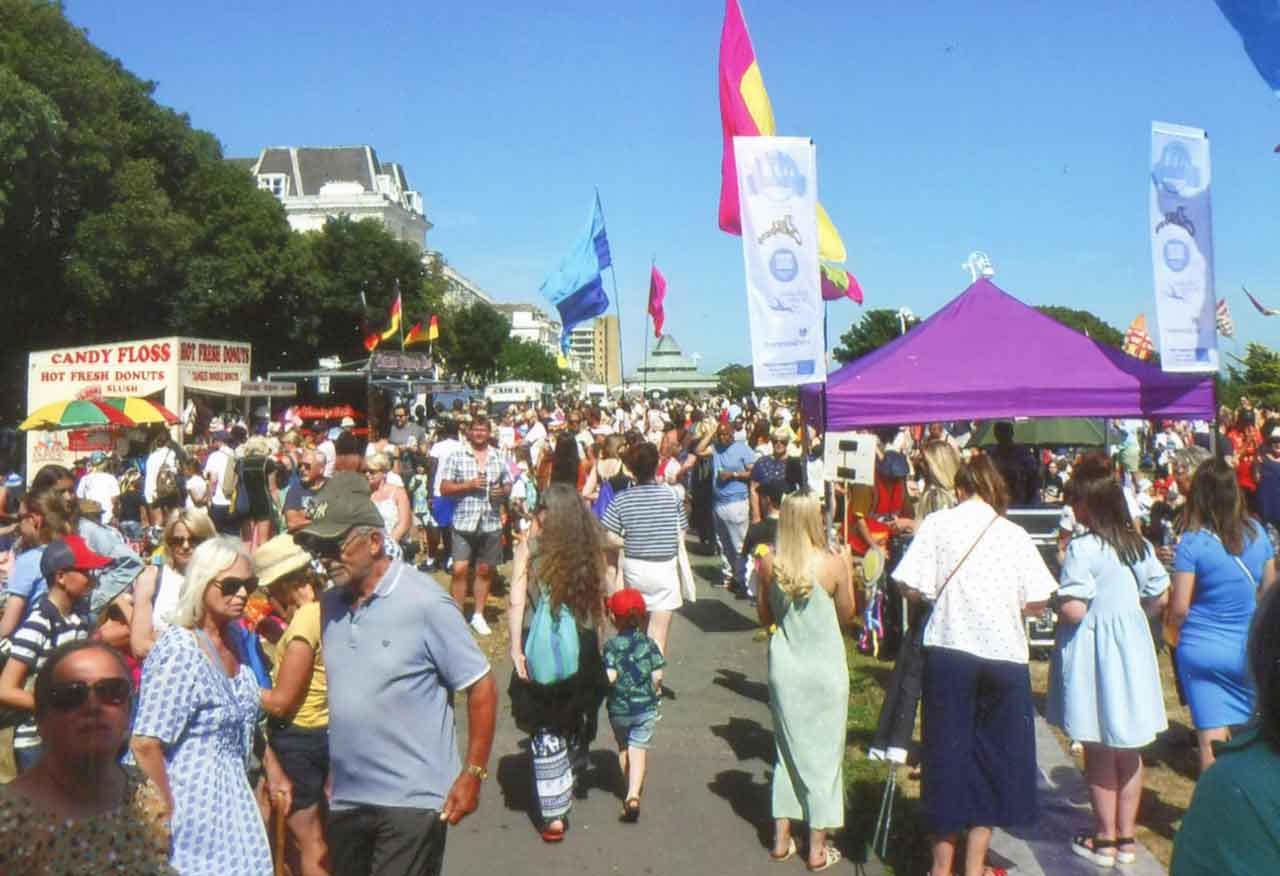 A huge parade of 17 local schools and community groups, from across much of the District, marked not only the return after the gap but also the 25th anniversary of the festival first held in 1997!

The parade assembled on The Stade, by the Fishmarket. Once again local schools and local people made their colourful outfits and headdresses ready for the event based around the theme of ‘Decades’.

They were joined this year by four samba and drumming bands, Batala-Portsmouth, Raw Samba, Bloco Foco and Ivan’s Allstars who played the accompanying lively music.

At just after 2pm the parade made its way through to Tram Road and the Old High Street where vast crowds had gathered.  Heading slowly up the hill, the parade then turned into Rendezvous Street and Sandgate Road, occasionally stopping to perform and dance, before eventually making its way onto The Leas under the Memorial Arch.

The noisy parade made its way along to The Bandstand to be greeted by the event organisers which included people from The Chambers and Folkestone Festivals. The parade and festival-goers were then formally welcomed and praised by Folkestone Town Mayor Cllr Nicola Keen, who also thanked everyone for their efforts and the vibrant displays.

The bandstand festival, which had started a little earlier, then came into full swing with music and dance, including further performances during the afternoon by the samba and drum bands whilst people enjoyed picnicking, watching, dancing or visiting the stalls lined up on the grass.

Buzz building for return of Port of Dover Regatta

Set sail with the Maison Dieu at Dover Regatta