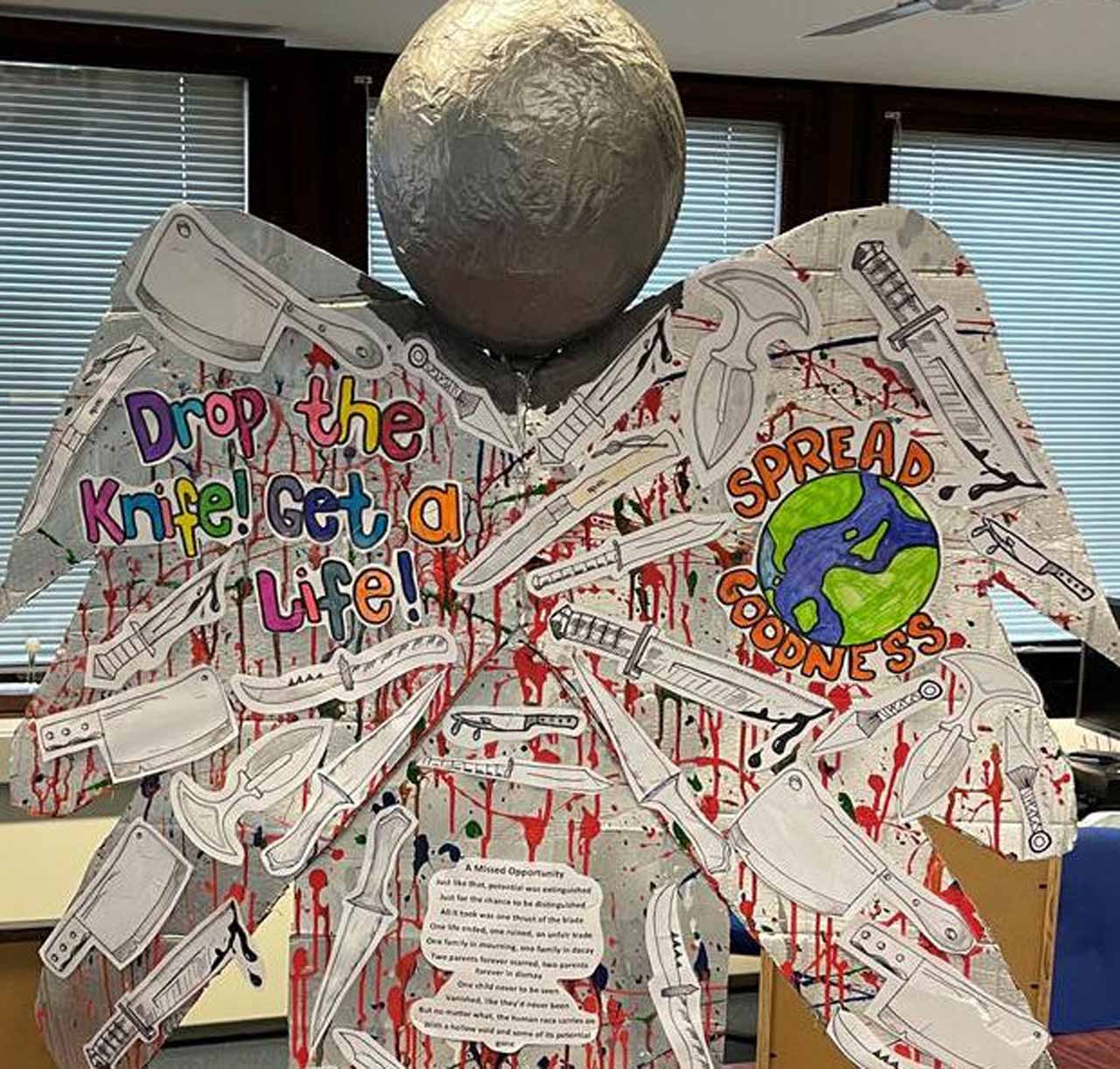 Almost 100 pieces of artwork have been submitted by school children from across Kent as part of a competition to promote anti-knife crime messages.

Entries have included images and poems encouraging young people not to carry weapons, and which also illustrate the impact of knives on victims and their families. The competition, for children in year groups 7 to 13, was held by The Kent and Medway Violence Reduction Unit (VRU), a partnership between police, local councils, and other key stakeholders.

Detective Chief Inspector Ben Loose, director of the VRU said: ‘Whilst levels of knife crime in Kent remain relatively low compared to other parts of the country, educating young people about the devastating impact it can have on victims and their families continues to be an important part in keeping our communities safe. We are absolutely delighted by the number of schools and young people who have embraced this competition and who have worked so hard to create some truly impressive entries. The children have clearly risen to the challenge and our hope, once Covid restrictions allow, is that in the coming months we will be able to display these fantastic pieces of work at public places throughout the county.’

Submissions, which also contained anti-knife crime slogans, were overseen by judges including Police and Crime Commissioner Matthew Scott and a representative of Stagecoach, which plans to display some of the artwork and messages on one of its buses. A first prize of £100 in online shopping vouchers was awarded to Angelina Terry, a year ten pupil who attends the John Wallis Church of England Academy, Ashford.

Cornfields School, also in Ashford, received a collective prize of £750 in vouchers for an ‘Inspirational Piece’ in the form of an angel, with messages contained in a poem illustrating the stark impact of knife crime on families.

It will now be made into a sculpture from knives handed in to police or seized from criminals. Pupils at other schools, in areas including Cranbrook, Chatham, Folkestone and Canterbury were also awarded prizes, and the Kent High Sheriff nominated entries from students for a National Crimebeat Award.

Police and Crime Commissioner Matthew Scott added: ‘Many congratulations to everyone who took part; the standard of entries was very high and there were a number of exceptional pieces that were really impressive. ‘I hope that the winning pieces will help raise awareness and help us to further reduce knife crime in Kent.’