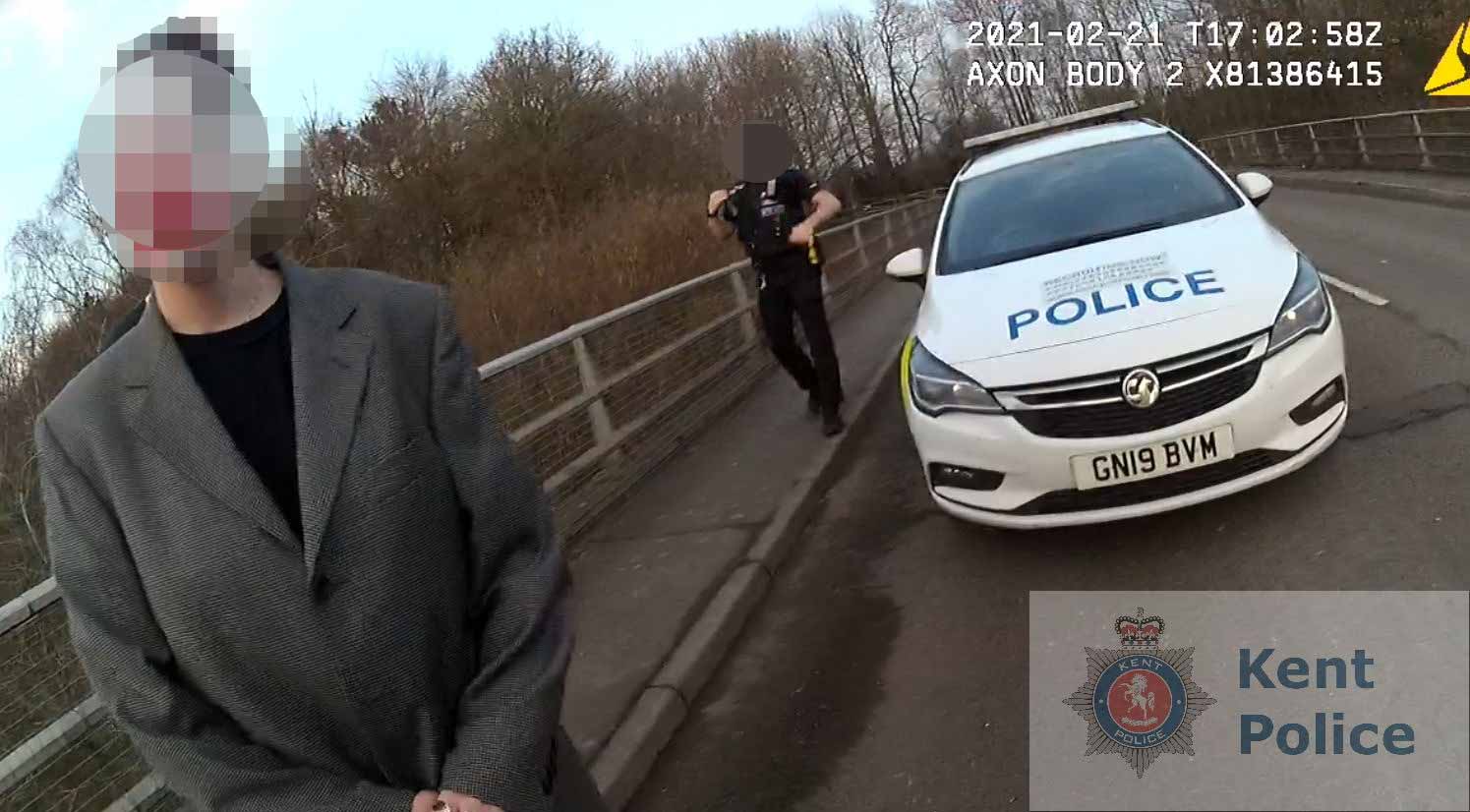 A couple who sparked an emergency police response and the closure of a main road because they were holding a photoshoot for their social media page were among over 80 people fined for breaching Coronavirus regulations this weekend.

Officers were called to a bridge in Gracious Lane, Sevenoaks at 4.51pm on Sunday 21 February after a member of the public saw a woman on the wrong side of the safety barriers. Officers stopped the traffic in both directions on the A21 and attended the bridge where they located a woman wearing clown make-up. It transpired she was taking part in a photo shoot for her social media page and was accompanied by a man who was taking pictures. They were both fined.

A car rally in Greenhithe resulted in a group of men being fined on Saturday evening. Officers received numerous calls from members of the public concerned about a large group of motorists in Charles Street, in addition to breaching Coronavirus regulations it was reported the group were driving dangerously. Officers attended and fined five men.

Good weather resulted in large visitor numbers flocking to various popular locations around the county this weekend and this has prompted officers to remind people of the importance of lockdown regulations and government guidance to only travel for essential reasons and to stay local.

Assistant Chief Constable Claire Nix said: ‘The warmer weekend naturally resulted in more people wanting to visit some of the more popular destinations in the county. Whilst this is understandable, with the current situation, I would ask people to carefully consider the impact that their actions may have.

‘Many locations are closing their carparks, toilet facilities and take-away cafés in an effort to try and keep visitor numbers to a minimum and clearly this will have a knock-on effect if you are planning a visit. The limitations are only being placed on these locations in an attempt to stop the spread of Covid-19 and keep people safe. By attending in large numbers people are putting unnecessary strain on the emergency services and other agencies and I would ask for people to be considerate and not travel unless necessary and to stay local.

‘Whilst nationally the picture is improving with the infection rate dropping, more people being vaccinated and fewer Covid-19 deaths recorded, as a nation, we are not quite out of the woods yet. Though I completely understand the desire to get outside to these popular destinations I would ask people for patience and restraint until the regulations are lifted so eventually we can enjoy the freedom of meeting our friends and family without the fear of spreading Coronavirus.’