Demonstrators converge on Folkestone for day of climate action 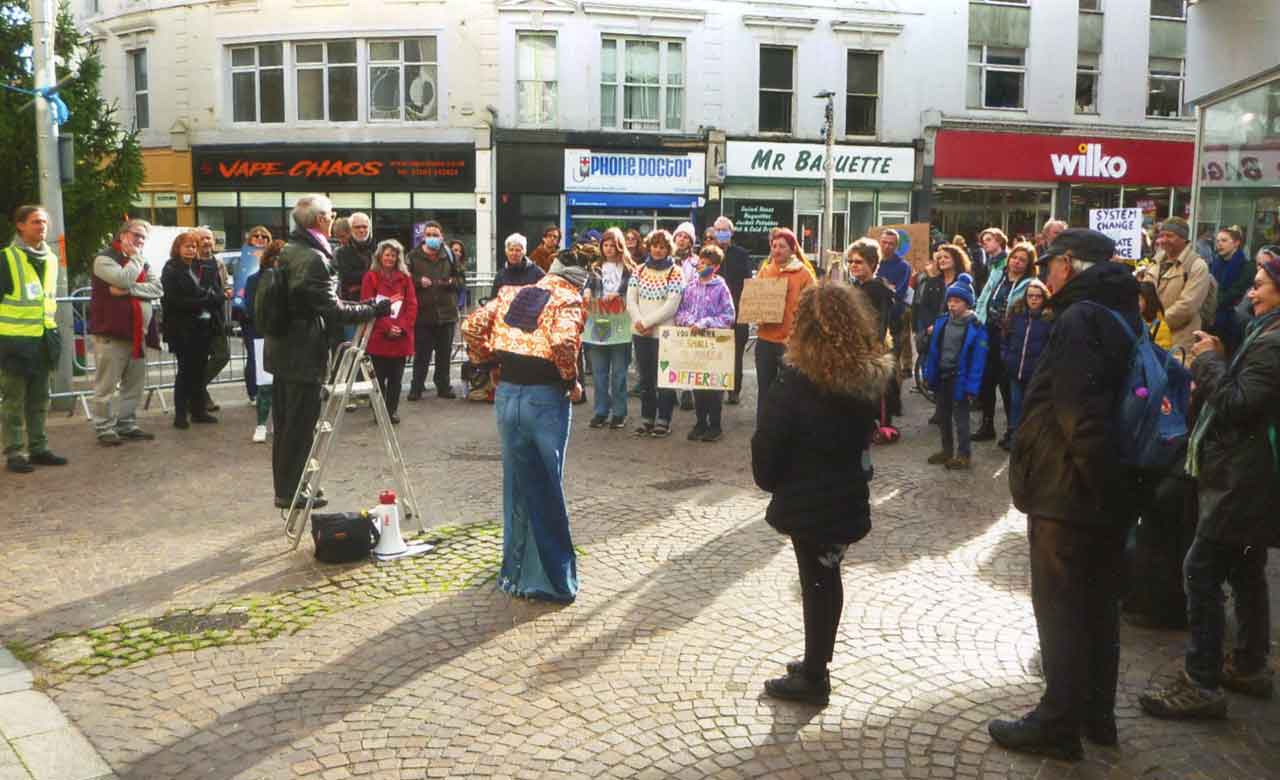 One of a series of speakers at the gathering Photo: Ray Duff

Scores of climate activists descended on Folkestone town centre on Saturday as part of the national and international day of climate justice action linked to the COP26 conference being held in Glasgow.

Speakers, including some of the young people attending, highlighted the need to take far greater actions than what are already being proposed or agreed, whilst others urged the need to stop sewage dumping in our seas, as has happened around the north Kent coast recently.

One group campaigned to make the town a Plastic Free Folkestone and the women’s fashion group a:Dress demonstrated the practicality of repairing clothes rather than sending them to landfill in the UK or abroad as too often still happens.

It was also discovered that explore, naturalist and TV presenter Steve Backshall MBE will be bringing his ‘Ocean’ show to Folkestone’s Leas Cliff Hall next April. www.stevebackshall.com

The demonstration peacefully dispersed but vowed to keep up the campaigning whatever the outcome of COP26.