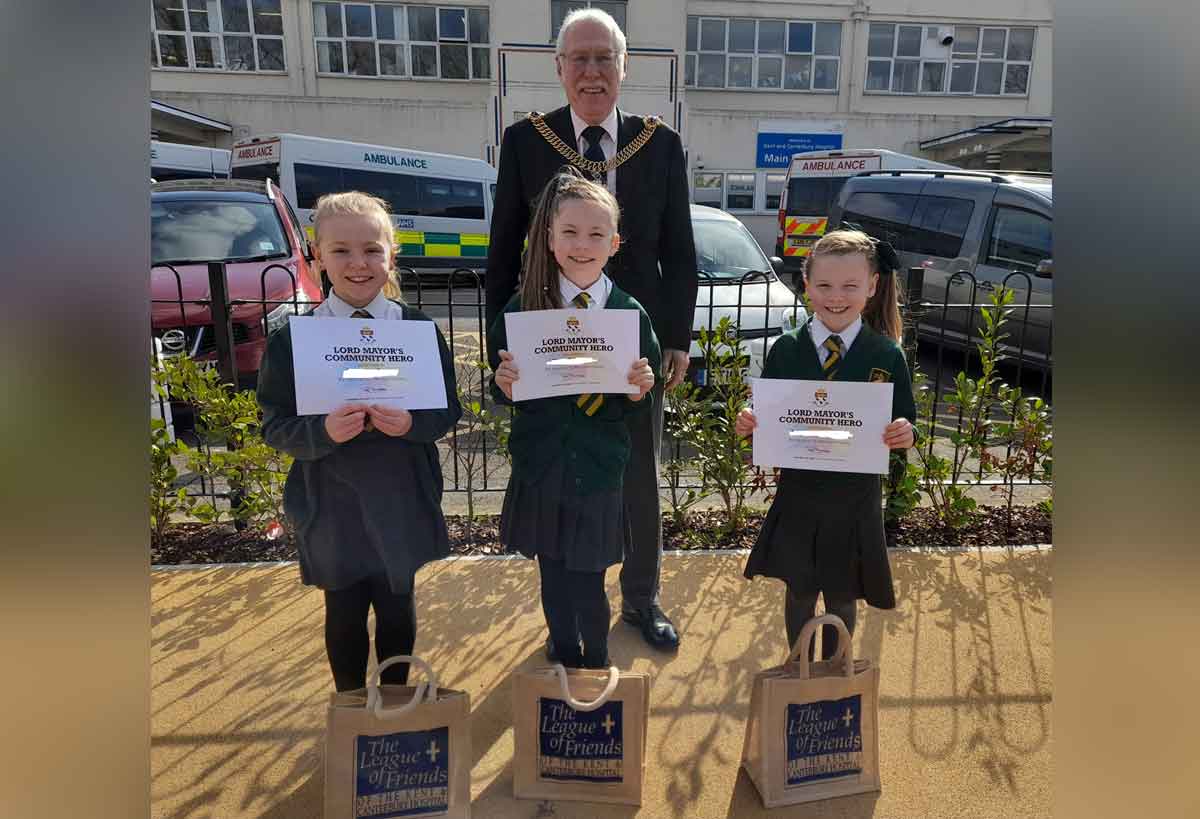 Three schoolgirls have been named community heroes after raising money for the hospital where one of their mums was treated for breast cancer.

Darcey Parry, Amber Nicholson, and Eva Ovenden made and sold hair scrunchies, bookmarks, hair clips and bracelets and raised almost £200 for the League of Friends of the Kent and Canterbury Hospital.

They handed over their profits to the charity on Monday, and in return received special certificates from Cllr Pat Todd, the Lord Mayor of Canterbury, who is president of the League of Friends.

Cllr Todd told the trio, who are all aged nine, they deserved the title of community hero.

He said: “What you have done is truly inspirational and you are three very special people.

“When someone goes out of their way to help others in the way you all have, it is right that we say thank you and recognise your efforts for the community.

“I am delighted to name you as three of my heroes.”

The money will be used to benefit patients at the Cathedral Day Unit, where Darcey’s mum Sam was treated.

She said she was incredibly proud of her daughter and her friends.

Sam said: “They wanted to raise some money for a cancer charity and it was their school who suggested it could go to the hospital where it would make a real difference.

“I’m delighted it will be able to benefit other patients having treatment at the unit. The staff are absolutely brilliant there, they work relentlessly to care for everyone who needs their help.

“The girls gave up so much time and energy to make the things to sell, and I think they are fantastic.”

The friends are pupils at St Martin’s school in Folkestone, and executive head Liz Carter said they were a credit to the school community.

She added: “Our Christian value is compassion and they have shown that in abundance.

“They started this project when they were just seven and their commitment and perseverance is an example to us all.”