A bit of Canada returns to Folkestone 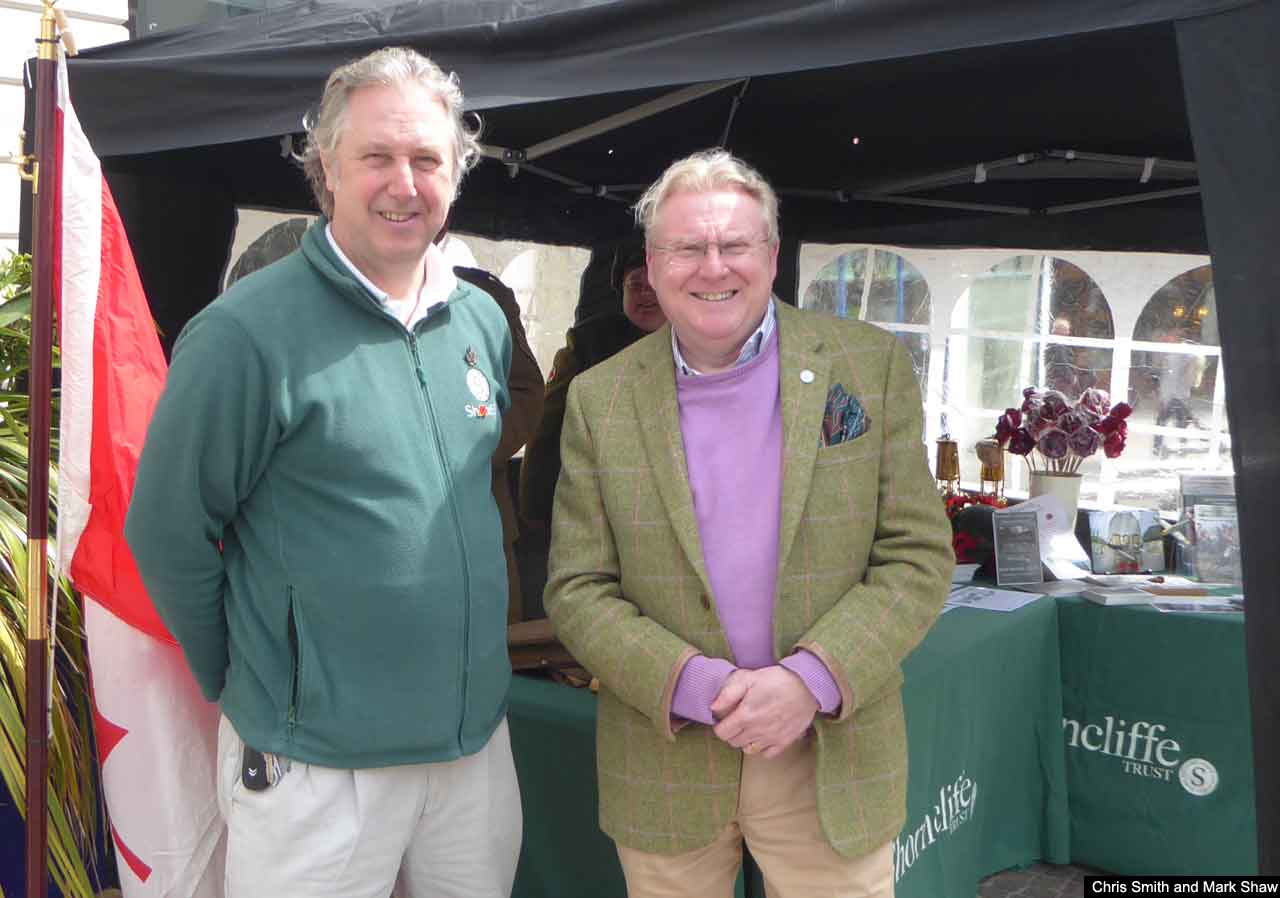 Following on from the donation of a First World War Archive Box to the Shorncliffe Trust which was opened in London recently by Militaria Expert Mark Smith, the Trust was delighted that he could join them in Folkestone, to officially open a new Exhibition around the unique items found in the box.

The Exhibition can be seen at the Folkestone Museum, The Town Hall, Guildhall Street, from 30th April through to 9th July, as it spans the annual Canada Day commemoration, something which the town has marked every year since 1917. The pandemic and a period during WW2 meant it did not take place during some years.

Mark Smith MA, Orders Decorations and Medals Specialist for AH Baldwin & Son and Militaria Expert for the BBC Antiques Roadshow, was very pleased to be involved in opening the box and said: “We had no idea what was going to be in the box, and we have found this incredible collection for one man’s service of one man’s war. It’s not only the usual medals we get from that sort of occupation as soldier, this has been documented with photographs annotated with who, why, what, where, when, so it’s an absolutely incredible archive about one man’s war and one place that he served at and indeed a history of the Great War that you don’t get to see every day in such detail…..it’s been an absolute pleasure to open the box”

The box has been donated by Mr. Richard Steacie of Ottawa, who is the 96-year-old great nephew of the original owner Colonel Charles A. Smart. It had not been opened for several decades.

Charles Smart was not only a military man, he was also a successful businessman and politician in Westmount, Montreal, Canada.

Born on 23rd March 1868 he died on 4 June 1937. His archive box was originally in the care of his daughter Dorothy and on her passing, went to her nephew Richard where it has remained in storage for over 50 years.

He is delighted to pass it to the Shorncliffe Trust for their educational purposes. He is very pleased his ‘Great Uncle Charlie’ will be remembered by future generations and has memories of him from when he was a young boy.

Mark Smith and AH Baldwins on The Strand, were delighted to support the Shorncliffe Trust, hosting the first opening of the box in the UK.

The special event took place on, 23rd March which was the 154th anniversary of the Colonels birth. The opening can be viewed here:

The box contains some fascinating and unique items including his medals and many photographs which follow his journey from Canada in 1915, to taking up his post at Shorncliffe in April 1917.

His time at Shorncliffe covered some significant dates including the Armistice in November 1918 and also the devastation that Folkestone and Shorncliffe suffered on 25th May 1917 as a result of the Gotha Bombing attack and its legacy with a special commemoration of a Flower Day in the weeks following that tragic event.

On 13th June 1917, a service was held by the local community and military, when over 1,500 schoolchildren laid flowers as a mark of respect.

Over 100 years later, this commemoration continues to take place at Shorncliffe’s Military Cemetery on Canada Day.

Smart’s daughter Dorothy served as a Nurse at Shorncliffe and also in France and Belgium receiving her own medal which will also be on display. Dorothy was an avid collector of news from the time and her own journal will provide a valuable source of research for some time to come.

The Shorncliffe Trust invites you to take a look at the Exhibition which can be viewed during the museum opening hours which are 10-4pm Tuesday to Saturday (last entry 3.30)

The Shorncliffe Trust are fundraising to secure one of the few buildings to remain after much of the original Shorncliffe Garrison is being redeveloped to create 1200 new homes.  If you can help support its aspiration to create a Heritage and Education, which will also house the Smart archive, then please visit their crowdfunder page https://www.crowdfunder.co.uk/p/shorncliffe-make-history-save-history-foundations ; or their website to find out more: https://shorncliffe-trust.org.uk/