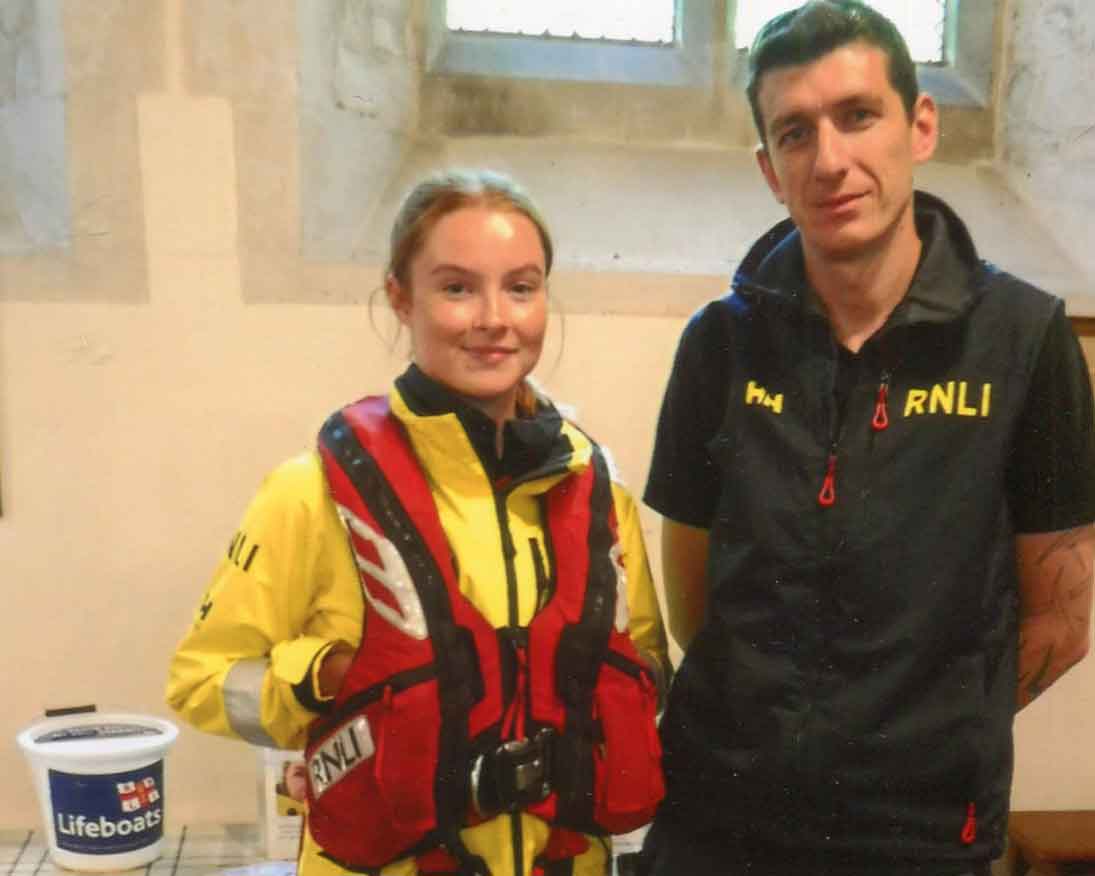 Scores of people attended the commemoration of the life and work of the ‘Sailors Friend’ Samuel Plimsoll at St Martin’s Church in Cheriton on Saturday.

Due to the pandemic, this was the first time in three years it was able to be marked at the place of his burial.

The congregation, together with dignitaries including the Mayor of Folkestone, Cllr Nicola Keen, the Deputy Mayor, Cllr Belinda Walker as well as the Mayor of Dover, Cllr Gordon Cowen were welcomed by Rev  Eileen Webb who gave short commemoration service and the singing of the hymn ‘Eternal Father’ which contains the line ‘ For those in peril on the sea’.

Everyone was then invited to gather at his grave where the Mayors laid wreaths on behalf of the two towns and Angela Conyers – Chair of the Sam Plimsoll Commemoration Group- alongside Andy Milton placed a wreath on behalf of the organizers and the RNLI respectively.

After returning to the Church, the annual speech was given by Mr Andy Milton from the RNLI in Dover.

He gave a highly informative and interesting talk about the history of the organization and its forebears such as Lionel Lukin’s experiments with self-righting lifeboats in the late 18thC to the founding in March 1824 of a group set up for the ‘Preservation of life in Shipwreck’ by Sir William Hillary.

The patronage of King George IV was obtained and the group became the Royal National Lifeboat Institute, the tile still used today.  Mr Milton then went on to show how the service had developed, including information on the lives saved as well as the loss of lifeboats during some difficult rescues.

He focused on the work of the Dover lifeboat in the Channel and it’s crews over the years. Two recent members of the RNLI station there were in the audience, Abbi Sayer and Chris Wriggley, and later Abbi demonstrated just how the crew have to dress in multiple layers of varying weather clothing to enable them to board the lifeboat and set out to the distress calls.

Mr Milton stressed that the service is almost entirely manned by volunteers and financed by donations and legacies receiving nothing from the State. Mr Wriggley pointed out that on receiving a call, the crews still have to observe the usual road traffic rules, as they are not a ‘blue light’ service’, when travelling to the lifeboat stations.

Following the audience giving the RNLI a very appreciative round of applause, for their work, the event closed with a rendition, led by Plimsoll group member Michael Foad and the Church choir, of ‘A Cheer for Samuel Plimsoll’, written in 1876, the same year as the Shipping (Loadline) Act was passed, in his memory.

A retiring collection was held for the Plimsoll group and RNLI and then the congregation then moved to the Church Hall where the Friends of St Martin’s had laid on their usual splendid tea and cakes.

Readers may like to note that in a short while, a formal ‘Memorial Mural’ to Samuel Plimsoll, by a prominent local artist, is to be unveiled after it is placed on the Folkestone Fishing Museum wall in the harbour area.