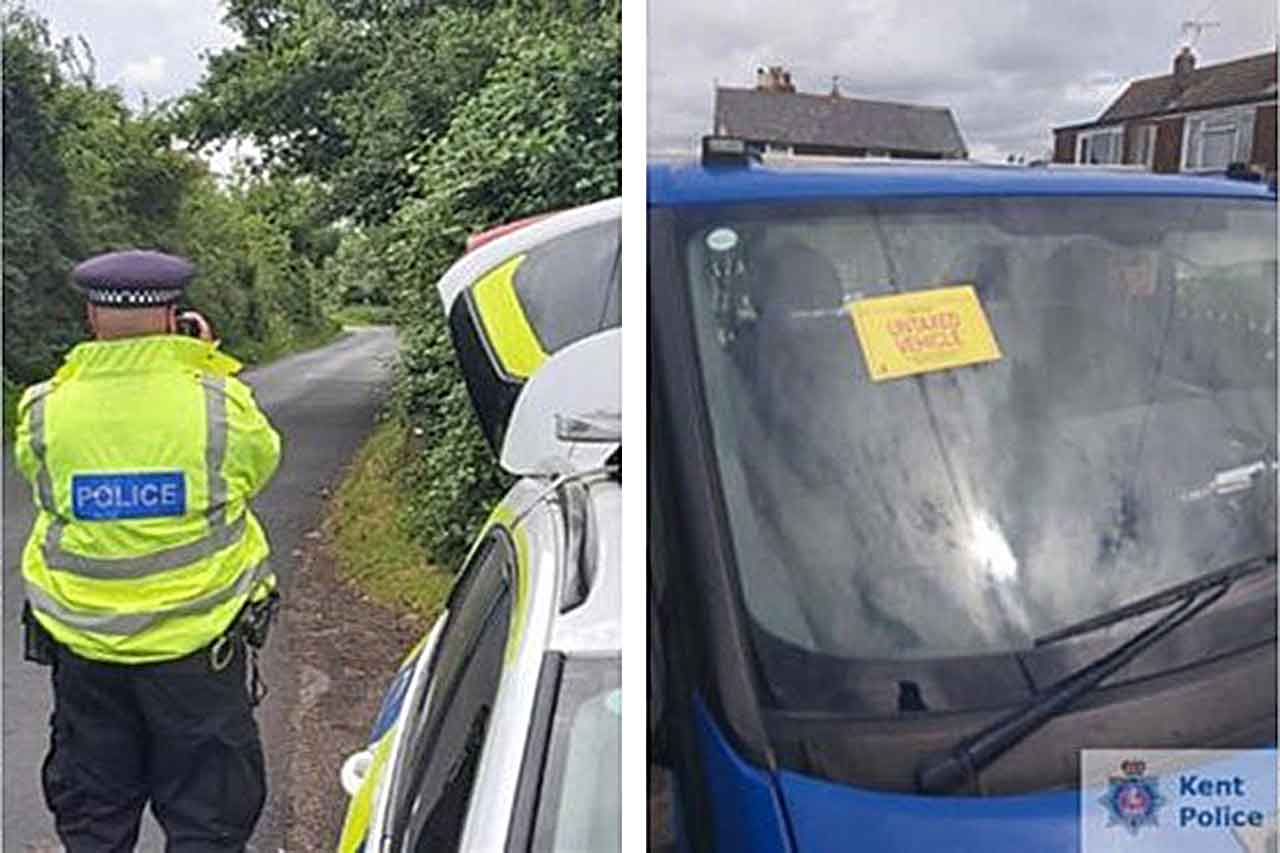 The Maidstone Task Force, together with partner agencies, has recently been clamping down on rural crime.

KCC Wardens also assisted on Wednesday 29 June and Wednesday 6 July 2022 when the teams targeted criminals who are active in areas to the south of the county town, including those committing rogue trader offences and illegally carrying and disposing of waste.

In addition, the council enforcement officers issued a fixed penalty notice for £300 to a driver who was carrying waste without a valid licence.

Inspector Steve Kent, of the Maidstone Community Safety Unit, said: ‘These two days of action are continuing our efforts to protect rural residents and businesses from those criminals intent on targeting them.
‘Officers spoke to numerous local people over the two days who were pleased to see the enforcement being conducted.
‘Those who seek to commit crime in and around Maidstone are warned that our officers and partners will continue this activity on different roads at varying times of the day, throughout the summer.’